Grenada and the Transatlantic Slave Trade

During the European colonization of Grenada, it is estimated that over 129,000 enslaved were brought to the island between 1669-1808 (just after the British abolished the slave trade in 1807), although it is likely higher because numbers during the French period are patchy (Martin 2007).

The French colony regularly complained to Martinique about the lack of slave ships passing Grenada, but French plantations also tended to be small plots, focused on crops like indigo, cocoa, coffee, cotton, and some sugar cane. During the British period, the latter exploded, collapsing small farm plots into large sugar plantations and creating an insatiable appetite for enslaved labor.

Slavery was eventually abolished in 1834, but included a six-year apprentice period that was abandoned 1838. The 1833 Act of Emancipation, which freed over 23,600 enslaved in Grenada, was made possible in part through the compensation of Grenada’s plantation owners totaling £616,255 (the equivalent of £75,014,450 in 2020) (Martin 2007). The formerly enslaved received nothing and many continued to work on the same plantations as wage laborers. 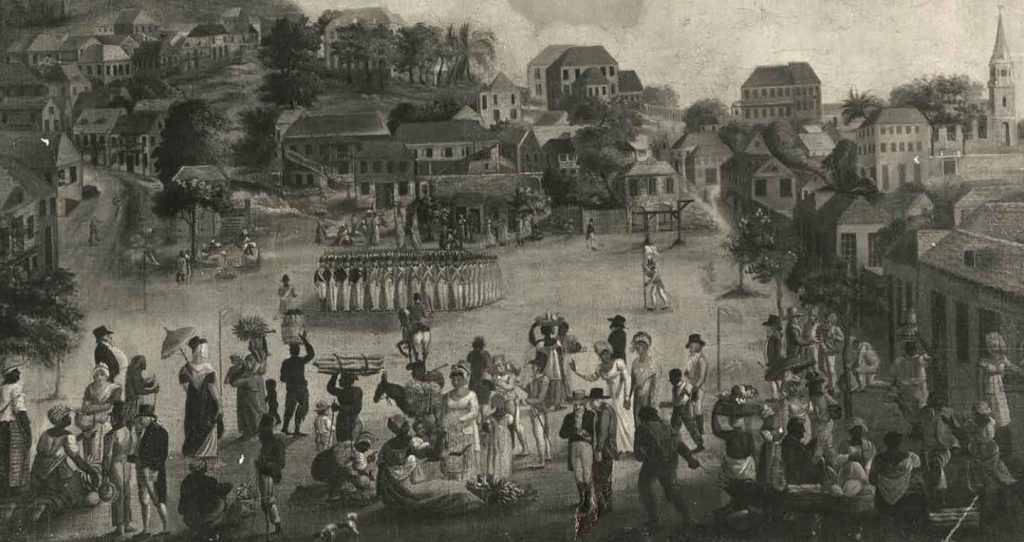 References
Martin, John Angus
We use cookies on our website to give you the most relevant experience by remembering your preferences and repeat visits. By clicking “Accept”, you consent to the use of ALL the cookies.
Cookie settingsACCEPT
Manage consent

This website uses cookies to improve your experience while you navigate through the website. Out of these, the cookies that are categorized as necessary are stored on your browser as they are essential for the working of basic functionalities of the website. We also use third-party cookies that help us analyze and understand how you use this website. These cookies will be stored in your browser only with your consent. You also have the option to opt-out of these cookies. But opting out of some of these cookies may affect your browsing experience.
Necessary Always Enabled
Necessary cookies are absolutely essential for the website to function properly. This category only includes cookies that ensures basic functionalities and security features of the website. These cookies do not store any personal information.
Non-necessary
Any cookies that may not be particularly necessary for the website to function and is used specifically to collect user personal data via analytics, ads, other embedded contents are termed as non-necessary cookies. It is mandatory to procure user consent prior to running these cookies on your website.
SAVE & ACCEPT